Discrimination is defined as the prejudicial or unjust treatment of an individual based on race, gender, age, or sexual preference. Discrimination can be genuinely damaging to those who have to endure it.  If you have an active lawsuit and were terminated from your job, refused a particular service, or treated unfairly in your place of employment because of your race, age, gender, or sexual preference, you may qualify for a discrimination lawsuit loan. Discrimination lawsuits can take some time to settle successfully; often, the financial and emotional burden of being involved in a case deter victims of discrimination from pursuing the compensation they are owed, settling for less than they should get. Those who do have valid claims may end up feeling pressured to settle early or take a reduced settlement amount due to the financial pressure from losing their job in the first place. Fortunately, discrimination victims with active lawsuits are not alone, and pre-settlement funding is available when no other option is a choice.

Twenty-four hours after your lawyer send us your case file, we can have you funded. Your attorney must speak to us; only then is when we can proceed with your case. No attorney co-operation means no funding. You don’t have to settle for less than you deserve. Call or apply with Baker Street Funding, and let’s get you in a better position.

Get the discrimination lawsuit loan offer you need.​

Our agreements are non-recourse, meaning that if your case does not settle, you do not have to pay us back.

We will match or beat any competitor's rates. Bring us the lawsuit funding contract they offer you and you will get a better contract.

We are a top-rated legal funding company that gets cash to victims of discrimination when they need it.

The loan or the advance amount that a client can qualify for is based on the “current” estimated potential settlement value of your case.

Contact our office, and we’ll ask you specific questions regarding your case, including your attorney's name and contact information.

We will then ask your attorney for a copy of your file for further review. Your case records are copies of the police report, medical documentation(s), and correspondence with insurance companies.

We will then qualify your discrimination lawsuit loan request within 24 hours upon met requisites. Once your case gets approval, you and your attorney will receive a funding contract to dually execute.

We will send you the funds immediately after you and your lawyer dually complete the funding agreement directly into your bank account or an overnighted certified check.

Apply for a discrimination pre-settlement loan.

Apply online in a matter of seconds! and if you are approved, the money will be deposited in your account in a lump sum or monthly payments, however works best for you.

Some discriminated plaintiffs who received lawsuit loans are reviewing us.

Ashita was able to wait for a big settlement

Acquiring a discrimination lawsuit loan through Baker Street Funding was the best that could happen to us. We are so happy with the loan and want to say thank you, we were able to wait for a big settlement.

Darnell is grateful for the discrimination lawsuit loan

All I gotta say is they went all the way to help me. We are grateful for my work discrimination lawsuit loan for my discriminition case, don’t look further, they will get you the advance.

Abaad is so pleased

I used Baker Street Funding to help me obtain the funds I needed to launch my new business outside of the house after getting fired. They exceeded whatever expectations I had for discrimination funding and I am so pleased. 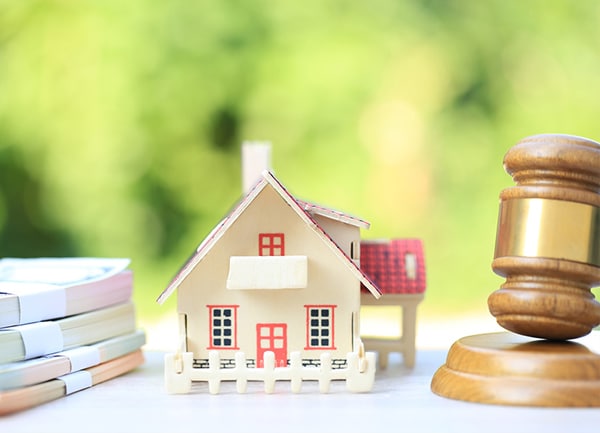 In 2018, the U.S. Equal Employment Opportunity Commission released 76,418 charges in discrimination were filed, resulting in $505 million for victims in the private sector, state and local government, and federal workplaces.

Retaliation was the most frequently filed charge with the agency, followed by race and disability.

Not all types of discrimination are prohibited by law, and there are some forms of unequal treatment that are perfectly legal. When filing a lawsuit for discrimination, it is imperative to understand the difference between the two. For instance, if a pet owner fills out an application to sign a lease, but the landlord refuses the application because they don’t want pets in the building, then that isn’t a case of discrimination. There are some laws that hope to ensure discrimination doesn’t occur. Known as anti-discrimination laws, these laws prohibit businesses, employers, and other services from turning away individuals based on race, gender, religion, sexual preference, or age. When someone is maltreated due to any of these reasons, a victim can file a discrimination lawsuit against the guilty party for suitable compensation for the damages endured.

Call us now and speak to one of our experts; if you have a current discrimination lawsuit and are represented by a lawyer, you automatically quality.

Determining the value of your case for pre-settlement funding

Those who have been discriminated against and begin seeking legal action, often ask a wide range of questions regarding discrimination lawsuit loans and settlement advances. Listed below are some of the more frequently reoccurring questions we receive:

“Can I get a lawsuit loan for my discrimination lawsuit?”

“Where do I get a lawsuit loan for my discrimination lawsuit?”

“How can I receive a cash advance on my discrimination case?”

There are many factors that can determine the amount of your loan or advance, and it is in your best interest to reach out to one of our consultants at (888) 711-3599 to discuss your case in detail.

It takes 2 minutes to apply.