Get lawsuit loans with low interest rates in Iowa.

Whether you're in Burlington, Mason City, or anywhere around the state, a lawsuit loan in Iowa will provide you access to the cash advance you need to take care of your finances, pay for unexpected living expenses and more. Request from $1,500 to $750,000 in pre-settlement legal funding and if approved, we will fund your case the same day. 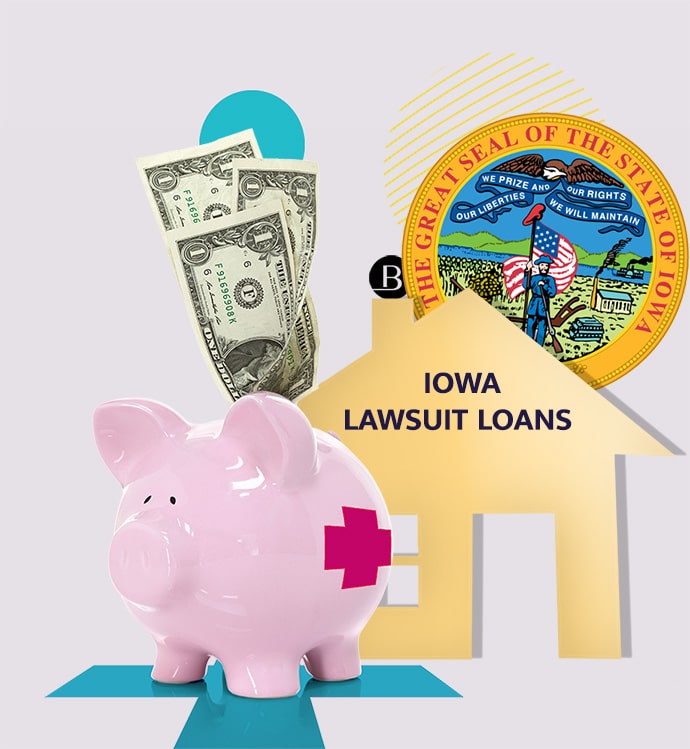 If you have a pending lawsuit settlement in the state of Iowa, and live in Des Moines, Cedar Rapids, Davenport, Sioux City, Iowa City, Ankeny, West Des Moines, Ames or any of the cities in Iowa, your case could qualify for a lawsuit advance in Iowa. Through responsive and professional legal funding services to Iowan plaintiffs, Baker Street Funding provides financial relief to personal injury victims in their times of need. Get started with Baker Street Funding from anywhere in Iowa today and get a funding decision on your loan the same day.

The pre-settlement funding process in Iowa.

Whether you want a lawsuit loan in monthly installments, or in a lump sum, Baker Street Funding can help you find the best option for you. We’ll work with you to find the best funding solution to fit your life in the Hawkeye State. Get approved for Iowa lawsuit cash advances today; you could get your money within 24 hours from this moment.

The application process is fast and easy to follow through. All you need to do is take out a minute to fill out our short application form online. To qualify for a lawsuit loan, you must have legal representation, if you don't have an attorney, you cannot get a lawsuit loan in Iowa.

A funding team member will then contact you to finish the qualification process. Your attorney must co-operate with underwriting for approval consideration.

Get your lawsuit cash advance in as little as 2 hours from the moment the agreement is dually executed by you and your attorney.

Litigations do not only eat up your time, they also cost money that may not be readily available. Lawsuit loan interest rates from many companies can go from 45% to 100% a year in Iowa. To help plaintiffs cope with their financial obligations and tide over such difficult times, we offer low rates (non-compounding), flexible contracts for pre-settlement funding in the state of Iowa. Apply for our outstanding settlement loans in IA and get your cash advance within 24 hours.

Why use Baker Street Funding lawsuit loans in Iowa?

The increasing patronage and positive feedback from Baker Street Funding’s clients is an indication that the company is doing something right. To help plaintiffs stay on top of their cases and not run out of time, lines are open around the clock to help you decide on the best legal funding option for your case in Iowa. Get lawsuit funding solutions from the best lawsuit funding company. See some reasons why Baker Street Funding could be beneficial for you:

Baker Street Funding has demonstrated mastery and professionalism in making lawsuit loans available to Iowa plaintiffs in record time. With your attorney's co-operation, get funded in 24 hours or less.

Unlike the ridiculous offers you get from some cutthroat lawsuit funding firms, Baker Street Funding offers low and flexible rates on all of lawsuit loan amounts.

Be free from the burden of extra or hidden charges and upfront costs whenever you apply for lawsuit funding in Iowa with Baker Street Funding. All contracts are transparent and you only pay us if you win your case.

Get up to 20% of your potential settlement value as cash advance when your case meets all criteria. If your case has already settled in your favor and the award is being delayed, apply for post-settlement funding and get up to 50% of the settlement value.

Baker Street Funding has demonstrated mastery and professionalism in making lawsuit loans available to Iowa plaintiffs in record time. With your attorney's co-operation, get funded in 24 hours or less.

Unlike the ridiculous offers you get from some cutthroat lawsuit funding firms, Baker Street Funding offers low and flexible rates on all of lawsuit loan amounts.

Be free from the burden of extra or hidden charges and upfront costs whenever you apply for lawsuit funding in Iowa with Baker Street Funding. All contracts are transparent and you only pay us if you win your case. 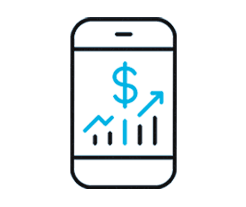 Get up to 20% of your potential settlement value as cash advance when your case meets all criteria. If your case has already settled in your favor and the award is being delayed, apply for post-settlement funding and get up to 50% of the settlement value.

Pre-settlement funding in Iowa is non-recourse. This means that you are not under any obligation to pay back unless you win the case. You owe absolutely nothing if you lose the settlement.

Don't let a bad credit score prevent you from applying for fast lawsuit loans in Iowa. Your credit history is not on our criteria list. At Baker Street Funding, we are only concerned about providing timely financial aid to help you win the best settlement for your case.

It's almost impossible to keep your job or remain in employment if you are involved in car accidents or personal injury. Regardless of your employment status, all plaintiffs with civil cases can apply now; your Iowa lawsuit loan application will be considered on neutral grounds.

If you are looking for a quick lawsuit loan for your litigation in IA and need your lawsuit funds now, contact us today. Get started on your application, it’s easy and fast.

Like several other states, the Iowa judicial system operates the comparative fault rule. This means that your chances of getting a settlement depending on your share of fault in the accident. If the judge or jury finds you to be less than 50% at fault for your injury, your compensation will be deducted by as much as you are found responsible for the damage.

However, if you are more than 50% at fault, your claims will be dismissed, and you will be barred from getting any money. Speaking of getting compensated for the injury, Iowa doesn’t have a cap for both economic and non-economic damages.

At Baker Street Funding, we offer a low rate and fast personal injury loans to plaintiffs in Iowa and other states in Iowa. You are welcome to contact us for free consultations or fill out our short application form online.

In addition to the reports from the Iowa Department of Transportation that showed over 300 fatalities in traffic accidents in 2018, The Gazette also reported an increase in traffic fatalities in 2019 with over 330 deaths.

The surge in traffic accidents and fatalities led to the strict enforcement of texting while driving in 2017. More legislations on curbing distracted driving are also underway with fines of up to $100.

Distracted driving makes up the bulk of fatal crash in 2019, followed by drugged or drunk driving. Other causes of accidents include driving off the roadway, excessive speed, or loss of control.

The majority of traffic fatalities In Iowa are caused by human errors and can be mitigated if people drive sober, focus on the road, buckle up, and drive cautiously.

If you are ever involved in a car accident in Iowa and are having a hard time pushing your case because of finance, you can contact Baker Street Funding for a quick car accident loan or cash advance in the state of I.A.

Sitting gracefully between the Mississippi and Missouri rivers, the State of Iowa boasts of a population that’s north of 3 million. Its stunning plains and lush cornfields also graces the eyes.

Sadly, Iowa’s violent and property crime rate is snatching the charm and beauty of this great state. A recent State of Safety report shows that at least 30% of Iowans are worried about their safety.

In 2020, the violent crime rate and property crime rate are 12% and 22%. The crime rate in Iowa may not be through the roof yet, but there are still safety concerns.

Speaking of violent crime, The State of Safety report on Iowa shows that 12% of Iowans have experienced one form of violent crime or the other in the past 12 months, and that’s troubling.

22% have had property crime experience. Putting Iowa’s level of concern about safety at 33%.

Property crime includes break-in when no one is at home, burglary, larceny-theft, and vehicle break-in

The safety report shows that 36% of Iowa residents express more concern about mass shootings, while 22% walk around in fear of getting physically assaulted.

What does this mean for Iowa residents?

These statistics on the Iowa crime rate calls for alertness and security consciousness. Courts are already flooded with crimes, accidents, and personal injury litigations. Thus, causing delays in the prosecution of cases. If you have a court case in Iowa, the chances are that it will drag on for weeks or even years.

Statute of limitations in Iowa

While you prepare to file your claims and sue for damages, it is essential to note that there is a statutory time limit to do that. If you fail to provide evidence to prove fault or miss the time limit set for your case, you risk losing your right to claim damages.

It would be best to discuss this with your attorney to ensure your litigation is timely. This time limit is known as the statute of limitations.

Here are the statutes of limitations in Iowa.

The statutes of limitations are intended to ensure fairness and preserve the integrity of litigations. It also gives plaintiffs ample time to gather evidence and file their claims.

Sitting gracefully between the Mississippi and Missouri rivers, the State of Iowa boasts of a population that’s north of 3 million. Its stunning plains and lush cornfields also graces the eyes.

Where can you get low-rate lawsuit loans in Iowa?

Our legal funding services are accessible across all Iowa cities and counties. See the cities we have funded so far:

Counties we funded so far in Iowa: